The Bat House record has been shattered! The new World Record for the most bat houses built in one day is now 1341! 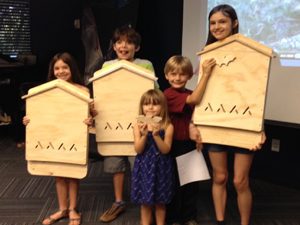 By joining forces on Halloween 2015, communities and Bat Week partners were able to host 67 bat house building events in the USA, Canada and Puerto Rico, achieving a new World Record – the creation of 1,341 bat houses!

But it wasn’t only about the record – spreading the bat conservation message around the world was the ultimate goal.

Over 300 congressional staffers, federal agency folks, and members of the public attended the reception and interacted with seven educational stations.

It was a great start to a fantastic week of bat talk on social media culminating in the main event on the Saturday – the successful world record attempt!

You can read all about the bat house building events, education and social media fun by downloading our Bat Week 2015 report! 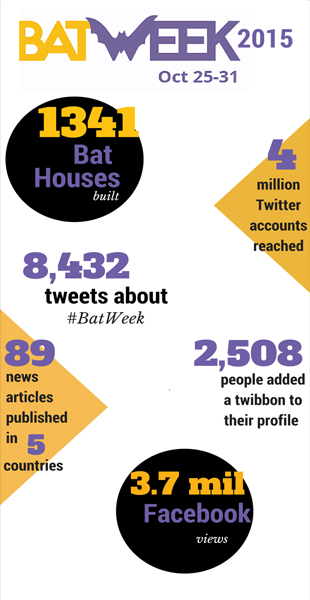